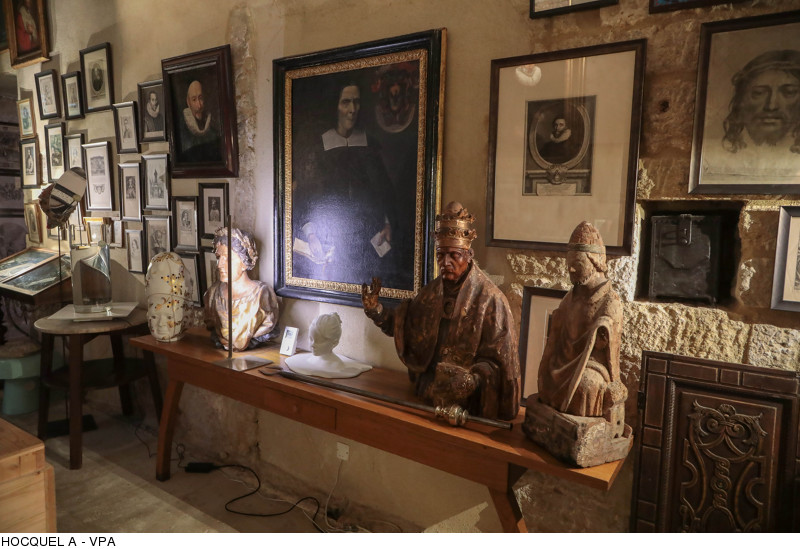 Fans of culture, of the unexpected, of old stonework and contemporary art will love this hidden treasure in Cavaillon. It certainly merits a detour from the D900 road which crosses the Luberon to this ancient town which was a stopover point on the Roman Via Domitia. The Hôtel d’Agar boasts the oldest garden in France, filled with illustrious ruins, whilst the 12th-15th century mansion is a curiosity shop teeming with magnificent collections of objects. As well as these collections, there are temporary exhibitions by well-known artists.

The town of Cavaillon is home to the ancient St Jacques’ Hill, the site of a prehistoric tribe settlement that overlooks the town, and the Roman remains of a Triumphal Arch, dating from the 1st century. What’s more, the synagogue and the Judeo-Comtadin Museum recall the unusual history of the “Popes’ Jews” from the Middle Ages up to the French Revolution. There are also magnificent private mansions, witnesses to the town’s history, of which the Hôtel d’Agar is the most exceptional.

Near to St Véran Cathedral, on the ruins of Greek and Roman towns, the Agar family built their mansion. Construction began in the 12th century, and although it has transformed over the years, the building has always demonstrated the power of this Catholic family who played their role in the French Wars of Religion, and remains a prominent witness to Cavaillon’s history.

The Morand-Valton family, who have owned this historic property for the past two decades, have chosen to open their mansion up to the public. The curiosity-shop-inspired rooms demonstrate their passion for collecting, and elsewhere, antique objects are mixed with contemporary works of art such as photographs, pictures and installations. The result is simply breathtaking. At the same time, visitors can also discover Renaissance-era roofs, a 15th-century Gothic tower with gargoyles, the oldest Grecian statue discovered in Provence (550 BC on St Jacques’ Hill), the oldest piece of pharmacy furniture in France, a reliquary bust of Pope Urban V… and this season, large-scale photographs by Hans Silvester, the strange universe of Joel-Peter Witkin or immersive prints by Bernard Faucon.

The garden is probably the oldest in France, as excavations have determined that it has been there for 2000 years. Until the French Revolution, it used to be the bishops’ garden and Louis XVI took walks there. Archaeological excavations have unearthed a treasure trove of more than 300 perfectly-preserved pieces of silver – the most significant treasury uncovered from the Roman era. In the magical atmosphere of a classical garden, you can wander amongst impressive ruines, such as imposing pieces from the Pont Neuf in Paris, a 15th-century rose window from Carcassonne cathedral, sea monsters that adorned the Château des Tuileries… and a large aviary.

Each year, from the 1st weekend in December to mid-February, the Hôtel d’Agar invites visitors to discover its collection, combining it with a themed exhibition (linked to an enthnographic or religious object) and a contemporary artist.

The Hôtel d’Agar possesses a collection of more than 250 figurines from traditional Provence nativity scenes, some of which are life-sized, as well as the plaster moulds dating from the 17th and 18th centuries which were used to make them.